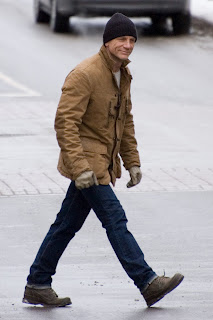 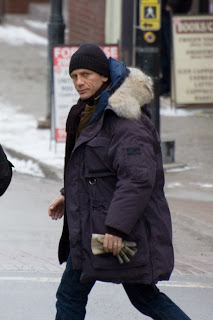 smaller ones for avatars

The bottom one looks like it has Elaine's name on it!

Smilling or pissed off, he looks gorgeous!!!!

JEC57 wrote:The bottom one looks like it has Elaine's name on it!


By Amanda Persico
An ordinary stroll to the dry cleaners landed Hamish and Rosie a role in the upcoming Hollywood film Dream House.

As film crews were busy taping a scene with actor Daniel Craig on Main Street in Newmarket Tuesday, Jill Kellie was walking her two dachshund dogs, Rosie and Hamish.

"It was a regular day," Mrs. Kellie said. "I had no make-up on and my hair was wild. I was just running out to do this errand."

Before she reached the dry cleaners, the Newmarket resident heard someone call after her.

"All I heard was someone yell, 'Get that woman with the dogs,'" she said. "I thought they were yelling at me because I ruined the shoot. I was expecting them to ask me to move."

But instead, film crews asked Mrs. Kellie to stay and asked the two tiny dogs to attack.

Film crews wanted to catch the dachshunds going after a large Doberman pinscher.

"Bickering with another dog is no problem for them," Mrs. Kellie said. "(Rosie and Hamish are) totally into that. They think they're great Danes."

For a little more than an hour, Rosie and Hamish attacked and re-attacked the large dog.

"It was about four or five takes. They were very patient waiting for the director to yell, 'Action," Mrs. Kellie said. "They knew exactly what to do. They did the same thing every time and never got bored. They're a bit exhausted today."

Following an exhausting day on the set, Rosie and Hamish were rewarded with doggie biscuits from Poochini's Barkery on Main Street.

The movie scene was a chance for Rosie to shine, as she was rescued by the Kellie family in December.

"We always knew Hamish was a star," Mrs. Kellie said. "People were always saying what a good looking dog he is. This was Rosie's way of catching up and shining, too."

The film is a thriller that follows a man, portrayed by Mr. Craig, who moves his family to a small town in New England only to discover the house he purchased is haunted by the former owners, who were murdered there.

The cast and crew of about 150 people filmed on Feb. 16 outside Homelife Main Street Realty Inc.

maybe that explains dog pictures with daniel yes? maybe he said 'hey that dog could be in dream hosue?"

thank you very much, dear D_C!

thank you from me too

I love the dog story, although she should of had a contract written up so the dogs would get royalties everytime the movie plays.
Top

Lovely skyline of Toronto - maybe that´s their view at nighttime - like in NY..

Thanks for posting the beautiful picture of Toronto. For those who don’t live in Canada, they don’t always know what some of our major cities are like. I lived half my life in Montreal, and the other half in Calgary so I think these are the greatest cities. There is always a competition between Montreal and Toronto, but Toronto is a beautiful vibrant city in its own right. I am sure Daniel will be impressed and will sample the finest that Toronto has to offer.
Top

Just catching up. Now THIS...

...has to be the cutest thing I've ever seen

Anglophile wrote:Just catching up. Now THIS...

...has to be the cutest thing I've ever seen

Those new pics are lovely.Thank you all!