Me too, one of my favourite bits of the movie. And he looks delectable too
Top

He looks so damn sexy.

The classic shot from a classic movie...

What can I say? The boy IS BEAUTIFUL! All credit goes to him

Has anyone seen this before??! New one on me!! 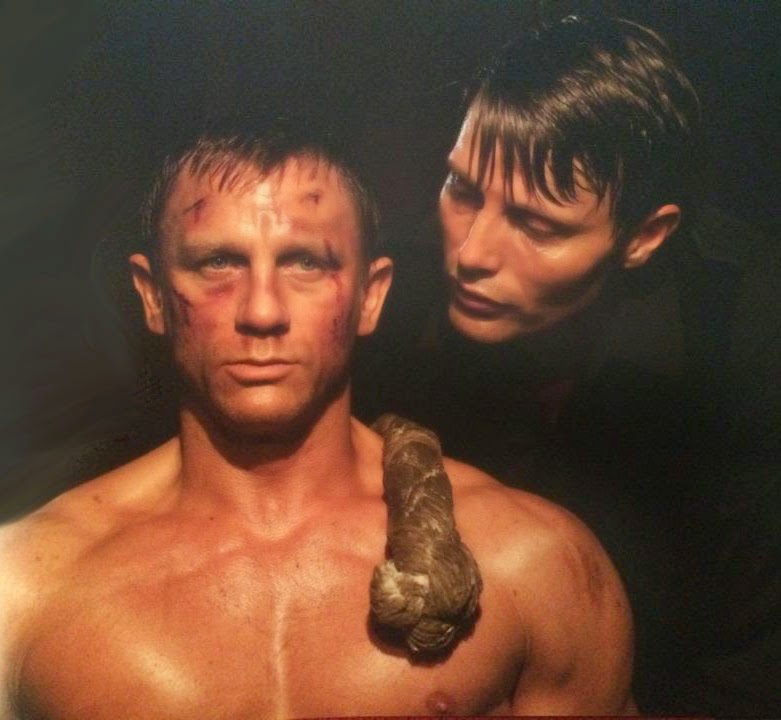 There's a very interesting story from Martin Campbell about an hour into this video:

You ca hear Campbell talk through the actual meeting that the Bond people had that decided Daniel's casting. Campbell admits to being skeptical about Craig's casting, he also mentions that Barbara was the only one who was committed to Craig. Interesting stuff.
Top

That one was new to me. Ha, Barbara never flinched.....

SmittenDramaKitten wrote:Has anyone seen this before??! New one on me!!

Does anybody think the shape of this rope is accidental

It doesn't directly involve Daniel, it's just a video about Karlovy Vary, and there's also a segment about Grand Hotel Pupp, from about 2:00 mins, and they talk about Casino Royale from 3:20 mins. Only in German, sorry